Mazda has been known to dodge warranty claims on their allegedly defective clutch systems. So much for that 'bumper-to-bumper' guarantee. A lawsuit has been filed by owners tired of replacing their clutch early and often and while Mazda tri… 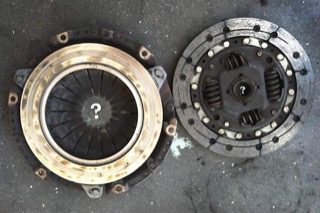 The materials used in certain Mazda dashboards can't stand the heat of the sun, which is unfortunate when you consider that they sit under it all day long. Perhaps feeling the heat from a class-action lawsuit, Mazda extended the warranty co… 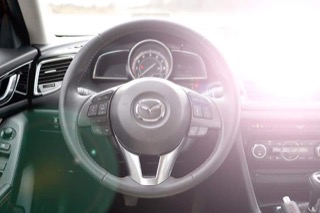 Mazda is among a group of four automakers that have reached an agreement to resolve multi-district litigation related to Takata airbags-seat-belts. The group also includes BMW, Subaru, and Toyota.
One of the goals of the agreement is to boo … continue reading

Mazda's 2016 &quot;Grand Touring&quot; package is a ~$1500 technology upgrade that was advertised as having auto dimming mirrors, rain sensing wipers, and an integrated navigation system with &quot;live traffic&quot; alerts to help drivers … continue reading

Mazda's motion to dismiss a Mazda3 clutch lawsuit was denied, which means the case will move forward in court. Mazda did score some victories, however, when the judge agreed:

After years of clutch complaints with little help, Mazda owners in California have filed a lawsuit. … continue reading

A judge has thrown out a VVT lawsuit for Mazdas with L-Series engines. Owners wish they could just throw their engines out too. … continue reading

Well, that didn't take long. Just a couple months after a VVT lawsuit was filed in court, Mazda has filed a motion to dismiss the case. Their reason?

&quot;Mazda says the extended warranty notice is clear that “if the noise is caused by po … continue reading

Mama always said &quot;don't look directly at a Mazda dashboard&quot; ... or was that the sun? Same difference according to a recent lawsuit that says:

Mazda dashboards are highly reflective; it's like trying to drive through a disco ball … continue reading

It was only a matter of time before defective variable valve timing (VVT) assemblies in L-series engines sparked a class-action lawsuit against Mazda. … continue reading

The 2010-2011 Mazda CX-9 was investigated by NHTSA earlier this year for brakes that weren't doing a great job at, well ... braking. Some owners even said the brake pedal would hiss when you stepped on it, kind of like my cat -- I don't thi … continue reading

Let's face it, car problems are annoying. Have you ever slammed the car door out of frustration? I certainly have. And while it seemed like a good idea at the time, it solved exactly zero issues.
But you know what could actually get somethi … continue reading