Mazda’s L-series engines are earning a reputation for variable vale timing (VVT) defects that can cause oil leaks, excessive smoke out of the tailpipe, loose timing chains, and catastrophic engine failure. Mazda acknowledged the problems in… 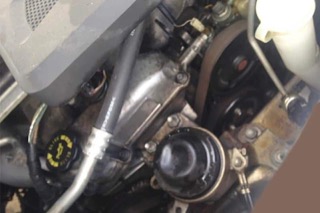 Yellow Sac Spiders think the smell of gasoline is lovely this time of year, especially inside of Mazda6 engines. It's cool .... I didn't want to sleep tonight anyway. 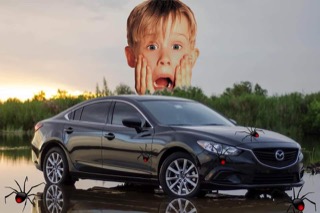 Sometimes it helps just to tally up the complaints and see where the biggest stacks are. Use this information to learn about troublespots or to run for the hills.

It hasn't been a good year for diesel. There's the whole VW mess, a BlueTEC Mercedes-Benz lawsuit in California, and a GM Duramax lawsuit in Michigan. And now Mazda is issuing a recall for diesel engines outside the USA that stall, leak fue … continue reading

A judge has thrown out a VVT lawsuit for Mazdas with L-Series engines. Owners wish they could just throw their engines out too. … continue reading

Well, that didn't take long. Just a couple months after a VVT lawsuit was filed in court, Mazda has filed a motion to dismiss the case. Their reason?

&quot;Mazda says the extended warranty notice is clear that “if the noise is caused by po … continue reading

It was only a matter of time before defective variable valve timing (VVT) assemblies in L-series engines sparked a class-action lawsuit against Mazda. … continue reading

Let's face it, car problems are annoying. Have you ever slammed the car door out of frustration? I certainly have. And while it seemed like a good idea at the time, it solved exactly zero issues.
But you know what could actually get somethi … continue reading

The power control module (PCM) in some of Mazda's newer cars is making some poor assumptions, prompting a recall. Apparently driving in heavy rain or puddles can cause the alternator belt to slip, sending the PCM into a tizzy and disabling … continue reading